Benefit for the Employer

1.7 million workers are not covered – are you? 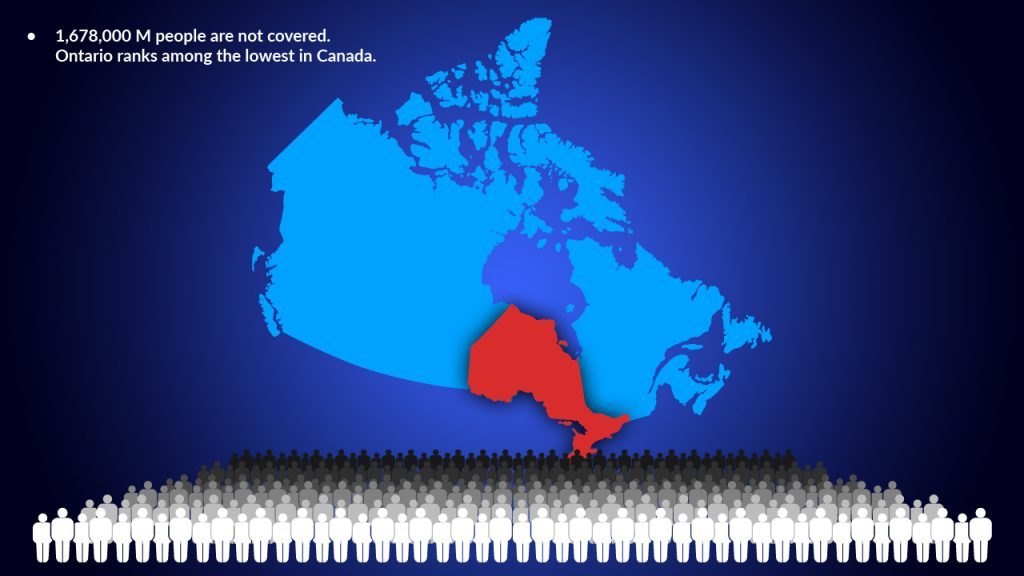 A century ago, Ontario was a world leader when it created the first comprehensive ”no fault” workers compensation system. Today, only 76.5 percent of Ontario’s workplaces are covered – that is among the lowest coverage of any province or territory in Canada. About 1.7 million workers in Ontario are not covered.

The nature of work has changed in Ontario over the last century and so has the nature of injuries. Now injuries happen most often in service jobs. There are a number of sectors with no WSIB coverage.

Experts agree – everyone should be covered

Ten years ago, independent expert Brock Smith chaired a public review of workers’ compensation coverage. He recommended all workers and employers be covered unless specifically excluded in the Act. The Report was approved by the WSIB Board of Directors.

In his December 2009 report about the WSIB’s unfunded liability, the Auditor General said expanding coverage was a key “lever” available to improve WSIB funding levels.
• Update the WSIA by replacing coverage based on the “exclusionary” principle with a “presumptive – inclusionary” principle.
– Make coverage by default with specific exemptions [Brock Smith (2002) & Hugh Mackenzie (2008)]• The Tony Dean H&S Expert Panel (see page 58 of the expert advisory panel on occupational health and safety report, Dec. 2010) also recommended the Government address the lack of “Coverage” under the WSIA.
• The Harry Arthur Report (see page 108 of the Funding Fairness report on Ontario’s WSIB system, 2012) “I am convinced that the issue is so critical for the future of Ontario’s workplace insurance system that it deserves early and extensive study. In fact, the WSIB commissioned such a study in 2003 but, for whatever reason, never released it. Perhaps a review of that study would be the place to begin”
• Former WSIB Chairs from each major party have endorsed Universal Coverage (Edwardo Disanto – NDP; Glenn Wright – PC; Steve Mahoney – Lib)

When workers with WSIB coverage suffer an illness or injury at a workplace, the costs – which might include healthcare, wage replacement, and retraining – are paid by employers. Workers without WSIB coverage often have to rely on OHIP, social assistance, or disability support programs. In other words, taxpayers end up paying for workplace injuries and workers don’t receive the supports they need to return to leading productive lives. As a result their reliance on health and social supports may be extended. Universal coverage puts the cost of workplace injuries where it belongs; with the employer, as a cost of doing good business.

Provinces with higher coverage levels, such as British Columbia (with 93 percent) and Alberta (with 92 percent), spread the pool of risk across more employers, lowering the average cost.

By contrast, businesses currently covered under Ontario’s WSIB pay more because some employers aren’t paying their share. Employers covered by the WSIB pay over $258 million a year for province-wide health and safety programs that benefit all workplaces.
Under universal coverage, businesses newly included in the WSIB aren’t likely to lose much and have something to gain. Government research shows that there would be no long- term negative impact on employment due to expansion. In addition, WSIB coverage protects employers from unpredictable and expensive lawsuits.
Expanding WSIB coverage to include all workers in Ontario would level the playing field for employers, lowering costs for everyone.

Less than universal coverage means that the overheads associated with operating the workers’ compensation system are spread over a smaller payroll base, increasing costs for currently covered employers. Provinces with higher coverage levels, such as British Columbia (with 93 percent) and Alberta (with 92 percent), spread the pool of risk across more employers, resulting in lower average assessment rates. 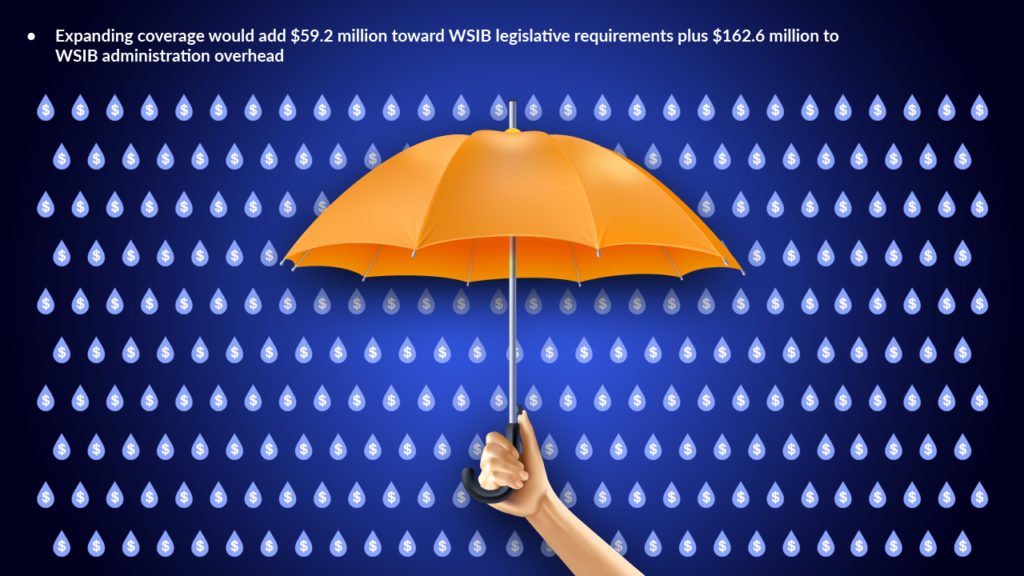 Employers covered under the WSIA pay more than their fair share. 76.5% of Ontario employers pay the cost of prevention and inspectorate duties for 100% of Ontario workplaces.

What needs to happen?