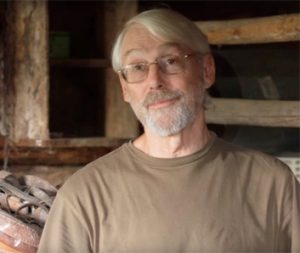 35 years ago, after finishing up a job he was working on at a construction site, Steve Mantis suffered a life-changing accident.

“I was just guiding the cable – my hand quite close to the winch,” said Steve. “My glove caught one of those little frayed wires and got pulled into the winch. I felt as if someone put their foot on my chest and pulled me backwards.”

The winch had pulled Steve’s arm off. His arm was lost, but Steve survived. A young man, he had the rest of his life ahead of him.

Living paycheque to paycheque and not having much savings before the incident, Steve had to look into options for compensation. Not knowing much about workers’ compensation, Steve did his research about WSIB benefits and filled out the necessary papers. Shortly after, he began receiving wage-replacement benefits.

“That was so important because I didn’t have to worry about putting food on the table,” said Steve. “It covered all medical expenses and when it was time for building a prosthetic arm for me, they looked after all of that.”

Steve’s son, Juan Anderson, spoke about the difference workers’ compensation was not only able to make in his father’s life, but in the lives of himself and his siblings.

“I think it’s made a number of differences,” said Juan. “He [Steve] was able to give significant help to myself and my brothers going through school… without the compensation, it would have been incredibly difficult.”

The workers’ compensation system was able to give Steve the ability to work, have a family and contribute to society; WSIB gave Steve a life and a future.