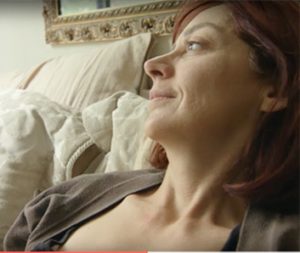 Maryam Nazemi worked as an ECE (Early Childhood Educator) at a private school. At her job, she was repeatedly asked to lift items that were too heavy for her.

“My job as an ECE teacher was lifting a lot of kids… and moving a lot of heavy shelves,” said Maryam. “Each shelf – at least – was as heavy as 80 lbs… Then do it every Friday and then put them back every Monday. I kept telling them, ‘This is not going to continue. It’s harming me.’”

One day, Maryam almost collapsed and was rushed to the hospital. Doctors told her she might never walk again.

“When I wasn’t able to work after six months, my EI got cut,” said Maryam. “I went to my family doctor and said, ‘What’s going on? This is getting cut.’”

“I lost my home,” said Maryam. “I have no money left in my pocket. I have no food in my fridge. What does that mean? I go borrow money? That’s what the EI agent is telling me. He said ‘let’s apply for WSIB,’ but that’s the first time I heard of it.”

Unfortunately, Maryam’s workplace was not covered under WSIB. She has been bed-bound for years.

The nature of work has changed in Ontario since the beginning of the century. So has the nature of injuries. Now injuries happen most often in service sectors, and the most common injuries are strains and sprains. There are 1.8 million workers who need coverage – people just like Maryam. When those workers are injured, they have to depend on EI and OHIP for wage loss and medical costs. These costs should be covered by the employer – not the taxpayer.

“There has to be some sort of safety net to help all workers in Ontario to be covered – to be safely looked after – to be able to go back to work and continue precious life,” said Maryam.